I originally built the HDW Pest Control website to compliment a website for a local pest controller based on the Warwickshire, Oxfordshire border.

He provided a range of Pest Control Services in South Warwickshire but unfortunately moved out of the area and closed his business.

Rather than letting the site go to waste I contacted another local pest control guy and started sending any enquiries I received to him.

I was also approached by a pest control company in Oxfordshire and another one in Bucks.

As they were far enough away from each other I set up pages for different areas and whenever I received an enquiry fir pest control I would pass it on to the closest guy. 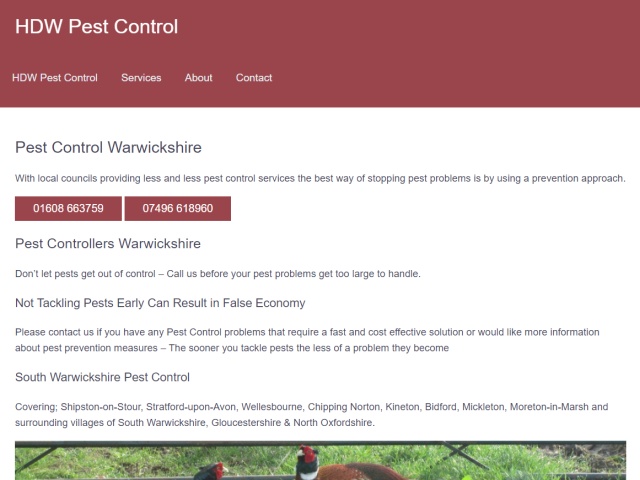